This is a follow-up to my last post in which I claimed that solar cells and batteries will lead us to sustainability far cheaper and faster than most people realize at this point.

Based on this claim, I want to make a further prediction. The way China has relentlessly pushed its solar industry over the past decade already allows them to produce solar cells at such enormous economies of scale that they can significantly undercut competitors. The rising chinese labor costs should be no obstacle to this even in the future thanks to the projected increase in automation in solar cell production.

To give you an idea just how fast China has been ramping up their solar industry since 2005 and where it stood compared to other countries back in 2010, take a look at this astonishing graph. 9 years ago, China was producing about 60 % more solar panels than the rest of the world combined! 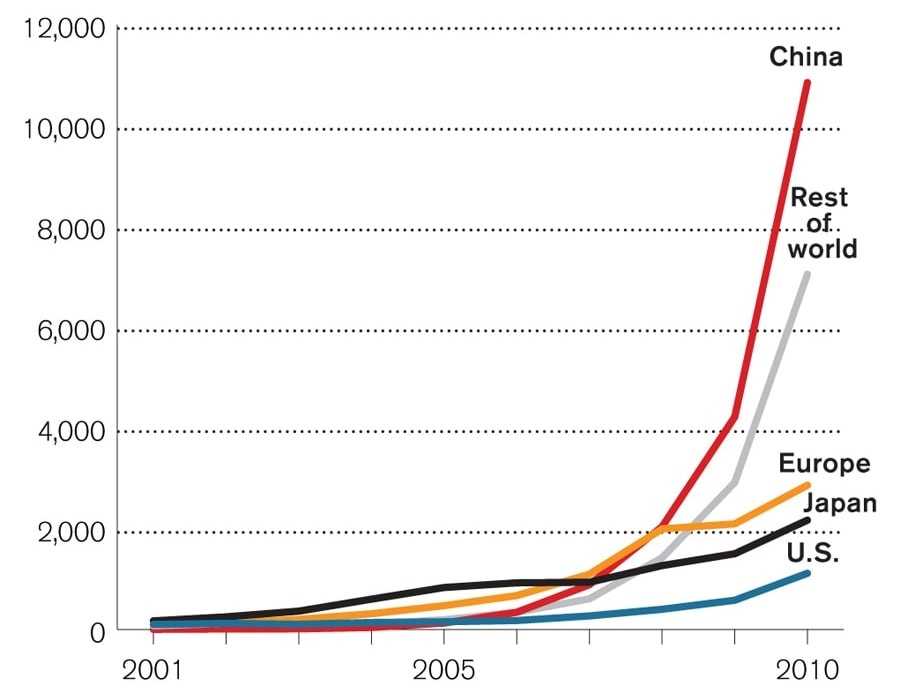 It was hard to find recent data but at least until 2013 this discrepancy only appears to have increased. According to data compiled by CleanTechnica, by 2013 China was able to extend their lead from 160 % to 200 % of the rest of the world’s solar cell production, all while many of the other countries were busy ramping up their output as well. 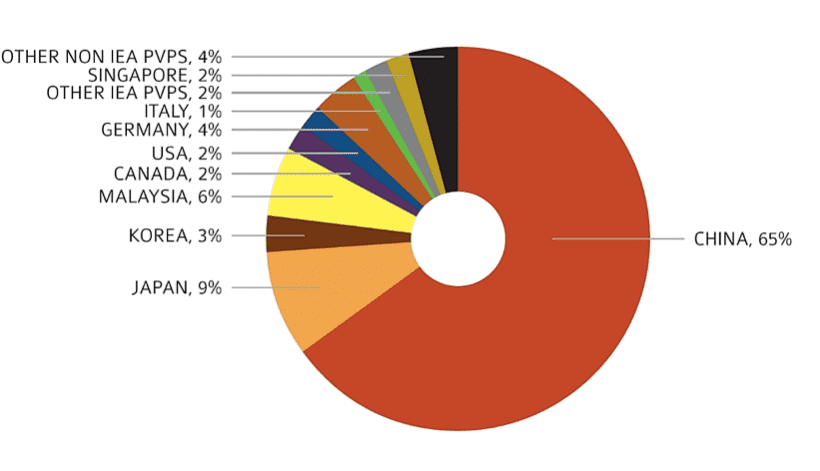 These numbers are frankly impressive. I find them very inspiring considering that the biggest economy on Earth which 20 years ago seemed dead set on powering its rise and upholding its claim to that position mostly with coal power - the dirtiest energy source of them all - is now on the fast track to becoming sustainable and dragging the entire rest of the world with them.

If you’re interested in what a tremendous disservice Donald Trump in contrast is doing the American people by catering to the coal mining communities and clinging to this outdated source of energy, take a look at this report by Richard Engel aired in 2017 on MSNBC.

These videos by Coldfusion on solar power plants

and by Joe Scott on comparing wind and solar are also well worth watching.